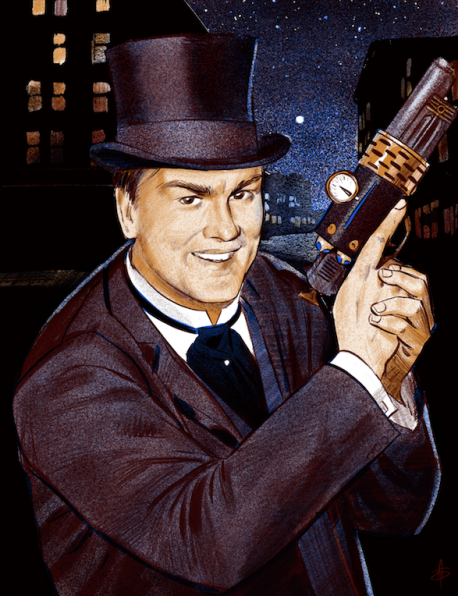 Michael, better known in the gaming community as “MOB”, he has been a long-time creative force for RuneQuest and Glorantha. MOB with Rick Meints, David Hall, Nick Brooke and others staffed the leading Glorantha fanzine Tales of the Reaching Moon (1989-2002).  As well as being a contributor to the critically acclaimed Guide to Glorantha, his professional writing and editorial credits extend back to the “RQ Renaissance” of the early 1990s.

Michael published two issues of another fanzine, the Glorantha Con Down Under fundraiser Questlines. These were published in 1995 and 1998 as fund-raisers for gaming conventions held in Melbourne, Australia.

Michael also created Gorp #1 (Summer, 2000) a fake fanzine that purported to be a rare collectible from 1982.  This magazine was produced for a British gaming convention in 2000, and because it nevertheless featured original material by Ken Rolston, Greg Stafford, David Hall and O’Brien, Gorp.

MOB is a member of Chaosium’s Board of Directors.

END_OF_DOCUMENT_TOKEN_TO_BE_REPLACED 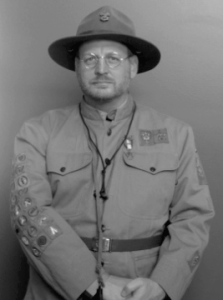 Rick Meints is an American game designer known for his contributions to the fantasy game world of Glorantha and the RuneQuest RPG.

He was born in Kalamazoo, Michigan the same year that Glorantha was in 1966. After spending 25 years as a corporate trainer in the automotive industry he became the full-time President of Chaosium in 2015.

His career in the gaming industry started in the mid 90’s when he moved to the UK and helped with the layout for Tales of the Reaching Moon magazine, the British fan publisher that was the center of Glorantha culture at that time. His Gloranthan and RuneQuest roots stem back to the late 70s. An avid RPG collector, his love of all of Chaosium’s publications, plus anything Gloranthan or RuneQuest in nature has earned him the nickname “Mr. Suitcase” or “Monsieur Valise”. His Meints Index to Glorantha is the comprehensive product guide to all Gloranthan publications, games, conventions, and miniatures produced from 1975 to 1997. In 1999, Rick founded Moon Design Publications, with the launch of the Gloranthan Classics line of reprints of classic RuneQuest 2nd and 3rd edition material. Furthermore, he was the publisher of Mythic Russia (2006), The Guide to Glorantha (2014) and HeroQuest: Glorantha (2015).

In July 2015, Greg Stafford and Sandy Petersen announced that the management team of Moon Design Publications had joined the ownership group of their iconic game company, Chaosium. Meints formally became president of Chaosium with Stafford transitioning to being chairman of the Board of Directors.

Rick is a member of Chaosium’s Board of Directors and an author in roleplaying games.

END_OF_DOCUMENT_TOKEN_TO_BE_REPLACED 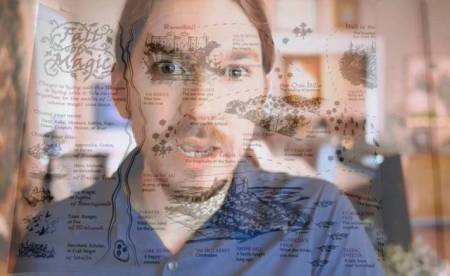 Ross Cowman is a game designer from Olympia, Washington. He was born in Seattle, but grew up mostly in Kirkland. He moved to Olympia for college in 98′, where he has been since.

He is the author of Fall of Magic, an indie roleplaying game wich was founded in a successful crowdfunding in Kickstarter with around thousand backers. END_OF_DOCUMENT_TOKEN_TO_BE_REPLACED